The MAVBBL will celebrate the end of the 2016 season with the annual League Tournament and Festival on October 15-16, 2016.  This tournament and festival is open to all MAVBBL clubs who play at least 6 games during the 2016 season.  The single elimination tournament is seeded by winning percentage within the MAVBBL for 2016.  Clubs that are eliminated move over to the Festival where the organizers will match up clubs against other clubs that have not played each other throughout the year.  All clubs in the MAVBBL are strongly encouraged to put this weekend on its schedule as it also acts as a convention and reunion for all the players in the League.  The 2016 event will take place at Old Bethapage Restoration Village in Long Island, New York.  More information will be available throughout the season. 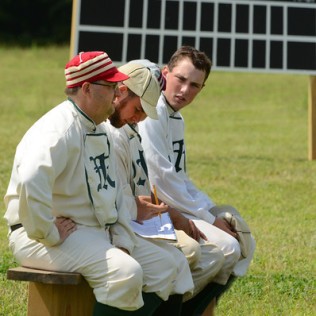