orn on April 15, 1841, JIM CREIGHTON was baseball’s first real star and made his pitching debut with the Brooklyn Niagaras at age eighteen in 1859. He would join the Brooklyn Star Club that year and then join the Excelsior Club, in 1860, for “under the table inducements.” Although it is difficult to prove, he was probably the first paid player (not Al Reach of the Brooklyn Eckfords and the Philadelphia Athletics as recognized by the Baseball Hall of Fame).

On June 30, 1860, the Excelsior Club boarded a train and embarked on the first great baseball tour. They started in upper New York State and on July 2 defeated the Champion Club of Albany, 24–6. On July 3 the Victory Club of Troy fell to the Excelsiors 13–7. They enjoyed a 50–19 victory against the Buffalo Niagaras on July 5. Wins in Rochester, NY and Newburgh, NY followed and the Excelsiors returned to Brooklyn on July 12 to prepare for the Atlantic Base Ball Club. On July 19, some 10,000 fans turned out to watch pitching ace Jim Creighton win easily 24–4. Afterwards they turned south in response to many invitations and played the Excelsior Club of Baltimore and won 51–6 on July 22. The trip concluded with games in Philadelphia, Maryland and Delaware, with the Excelsiors winning every game.

At the time Creighton pitched, the ball had to be delivered with a stiff-armed underhand motion. Creighton was said to be one of the first to bend the rule. He inaugurated speed pitching by adding an almost undetectable wrist snap and arm bend to his delivery. From 45 feet away he threw his rising “speedballs” and then threw slow pitches he called “dew drops” to further confuse the batter. During this time the pitcher’s job was to help the batter and not hinder him. Fielding was to decide the game and some detested his aggressive approach. On November 8, 1860, Creighton would record baseball’s first shutout. He was also an excellent hitter, scoring 47 runs in 20 games that same year. During the 1862 season, he was reportedly retired only four times.

On October 18, 1862, playing against the Union Club of Morrisania, NY, Creighton hit a home run. John Chapman, who was on-deck, heard something snap during Creighton’s swing. After Jim crossed home plate he assured Chapman that his belt had broken. Four days later the Excelsior star was dead having ruptured his spleen or bladder in the process. He had bled to death of internal injuries. Jim Creighton was 21.

Creighton’s approach forever changed the essence of the game from a match between hitters and fielders, to a duel between the pitcher and batter. He has not been inducted into the Baseball Hall of Fame. 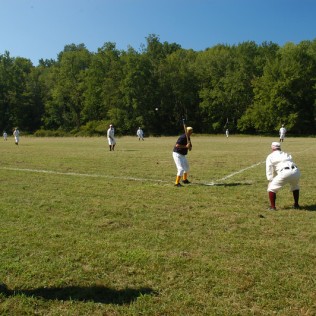 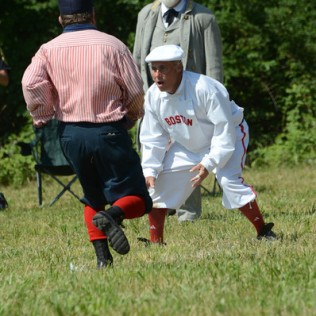 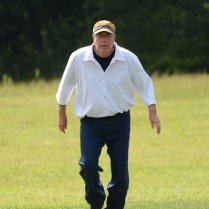 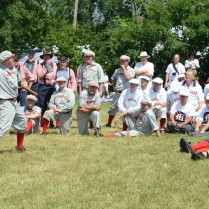